Clariant, a world leader in specialty chemicals, has conducted comprehensive tests on over 40 containers of sugarcane bagasse and tops & leaves from Brazil at its pilot and demonstration facilities in Straubing, Germany to receive in-depth technical and economic validation of the sunliquid® technology. With the tests Clariant confirmed once more that the total cost per liter of cellulosic ethanol including feedstock, conversion and depreciation using the sunliquid technology can achieve price competitiveness with sugarcane ethanol pricing in Brazil.

“The process integrated on-site enzyme production using feedstock specific enzymes for sugarcane residues delivers a competitive edge and enables our sunliquid technology to drive high yields and attractive OPEX economics for cellulosic ethanol production” emphasizes Markus Rarbach, Head of Biofuels & Derivatives at Clariant. “In addition the advanced performance of our optimized enzymes allows us to use a chemical-free, mechanically lean and highly stable pre-treatment based on commercially proven equipment. Detailed hands-on process validation was always the key principle for our sunliquid development and with this approach we couldn’t have been more spot on. Our motto has always been ‘Keep it simple!'”, he adds.

The performance runs at the demonstration plant in Straubing were conducted on multiple variations in composition (bulk and bale) and different qualities of sugarcane bagasse and straw were processed. A yield of up to 300 Liters of ethanol per ton of dry bagasse was achieved and validated during extended performance runs. These tests constitute an important milestone for the realization of a commercial-scale project with sugarcane residues.

Besides excellent yields on both C5 and C6 sugar conversion to cellulosic ethanol, Clariant was able to demonstrate its superior fermentation performance and stability. Some of the ethanol from the performance runs was shipped to Brazil and used in a commercial application, the details will be announced shortly.

The Clariant demonstration plant has also demonstrated cellulosic ethanol production on agricultural residues such as corn stover and cereal straw for the North American and European markets. Last year, Clariant announced the opening of its new R&D center in Planegg, near Munich, which demonstrates Clariant’s strong commitment towards the application of biotechnology to develop sustainable bio-based products and processes in the field of biofuels and chemicals. More recently, the sunliquid technology was awarded the 2015 German Innovation Prize for Climate and Environment. 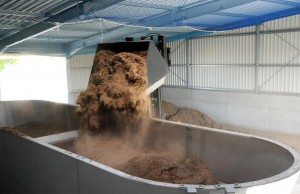